He is the vice president of Eye hospital of Shaanxi Province, chairman of Center of Oculoplastic Surgery and Orbital Disease, Guangren Hospital, Xi’an Jiaotong University in Xi’an City, China. He is serving as the director of the Society of Ophthalmic Plastic and Reconstruction Surgery both in Shaanxi. 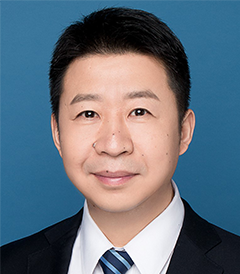