Prof. Javate graduated from University of Santo Tomas, Manila in 1979. He completed his Residency training in Ophthalmology at Santo Tomas University Hospital in 1985 and then received his fellowship training in Oculoplastic and Reconstructive Surgery, Instituto de Investigaciones Oftalmologicas, “Ramon Castro Viejo y En El Centro, Especial Ramon y Cajal, Madrid, Spain, under the supervision of Prof. Juan Murube Del Castillo in 1985. He also took his fellowship training in Ophthalmic Plastic and Reconstructive Surgery at the Manhattan Eye, Ear and Throat Hospital under the tutorship of Dr. Albert Hornblass in 1991.

His awards include six Gold Series Awards given by the University of Santo Tomas for his numerous research works from 1994-2016 and Silver Series Award in 2010-2012. Three International Publication Awards for his research contributions published internationally from 2010-2017. He was awarded the Best Invention Award, Best Published Research Work and another Best Invention Award during the 1st, 2nd and 3rd Dangal ng UST Awardee consecutively. He was given the HALL OF FAME Award during the 4th Dangal ng UST Awardee.

He was one of the recipients of The Outstanding Thomasian Alumni (TOTAL) Award, the highest honor bestowed by the University of Santo Tomas (UST) and the UST Alumni Association, Inc.  which is conferred upon an Alumnus who exemplifies the Thomasian core values in his respective field of expertise: competence in pioneering human endeavors, commitment to his profession and compassion for others, particularly the marginalized in society.

He has published books, book chapters and many research articles in internationally peer-reviewed journals.  He is also a Scientific Reviewer of the journal of the American Society of Ophthalmic Plastic and Reconstructive Surgery (ASOPRS) journal and the British Journal of Ophthalmology (BJO). He has delivered more than 300 lectures in both local and international meetings. 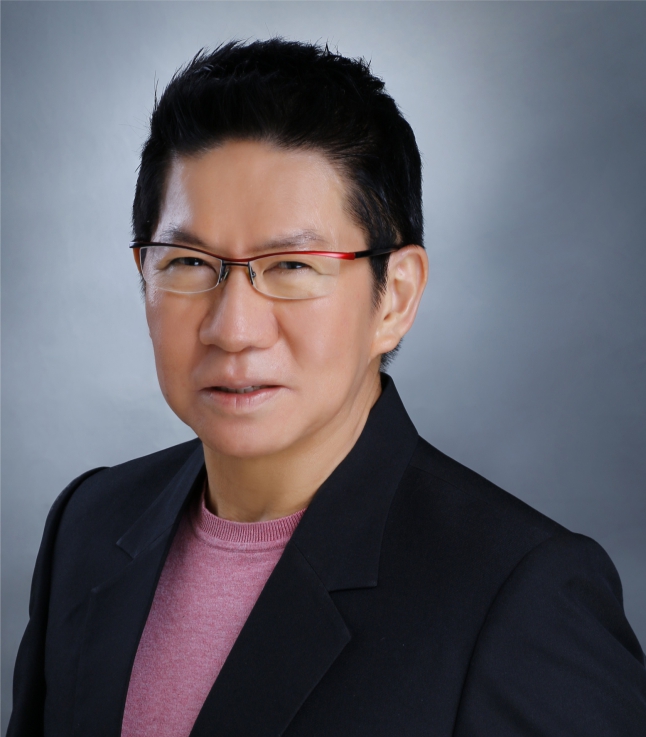 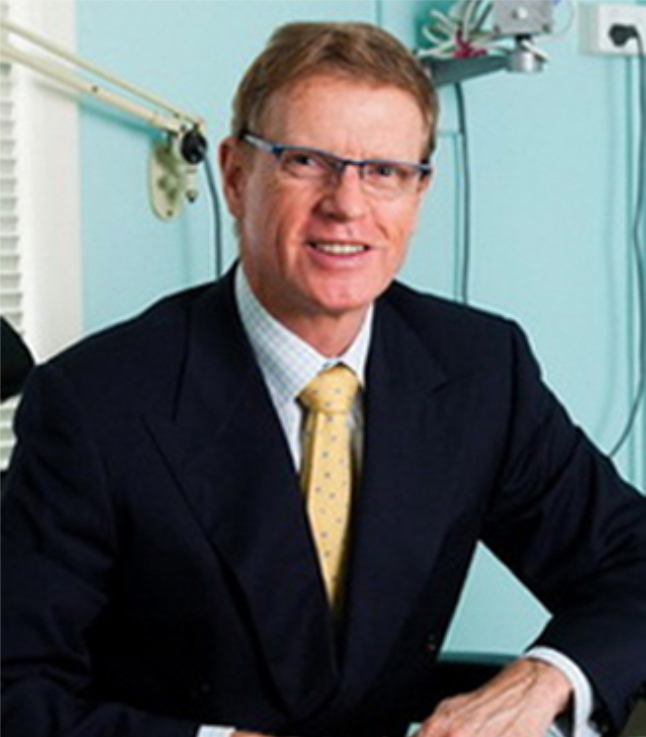 Dr Chai-Teck CHOO is the past president and founding member of Asia Pacific Society of Ophthalmic Plastic & Reconstructive Surgery. He has organized and conducted numerous regional oculoplastic teaching courses. He has spearheaded the studies on the important microscopic anatomical features of oriental lower and upper eyelids. Invited by numerous hospitals in the region he has travelled widely to impart his oculoplastic surgical skills. He was an Editorial Board Member, ORBIT Journal and an Invited Editorial Board Reviewer of Ophthalmic Plastic & Reconstructive Surgery Journal.

In 2008, he received APAO Distinguished Service Award for the meritorious services in Ophthalmology in the Asia-Pacific region. He was also conferred 2017 AAO and 2018 APAO achievement awards. Currently he is the President of Singapore Society of Ophthalmic Plastic &Reconstructive Surgery and International Member of American Society of Ophthalmic Plastic & Reconstructive Surgery. 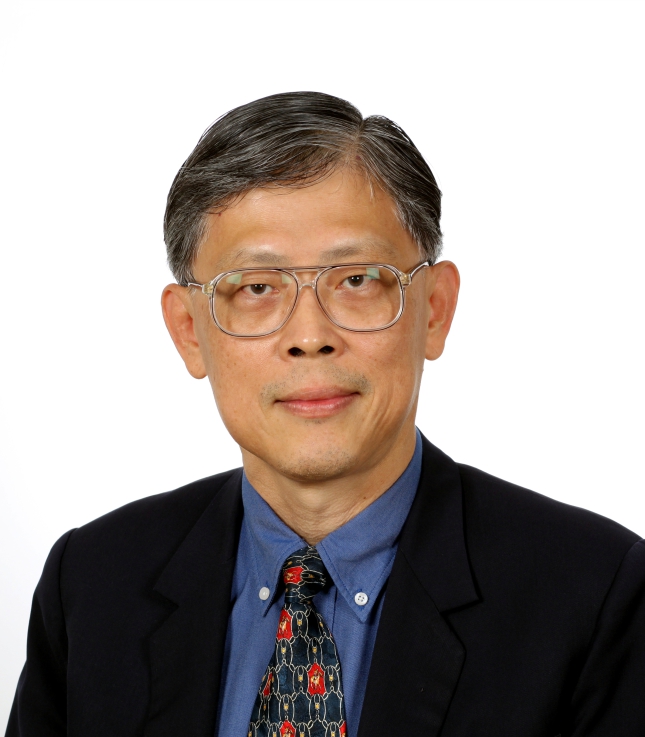 Dr Kim finished her ophthalmology residency at the Department of Ophthalmology, Seoul National University Hospital, Seoul, Korea. She did a Clinical Fellowship of the Oculoplastic Surgery, Mt. Sinai Medical Center, Cleveland, Ohio, USA for one year in 1987, and another International Fellowship of the Oculoplastic Surgery, Jules  Stein Eye Institute, UCLA, LA, CA, USA for one and half years in 1993.

She has published more than 200 papers in peer-reviewed journals and has written several chapters of major oculoplastic textbooks. Dr Kim has been invited as a speaker by numerous prominent international meetings. She received APAO Distinguished Service Award in 2017, and AAO Senior Achievement Award in 2018. 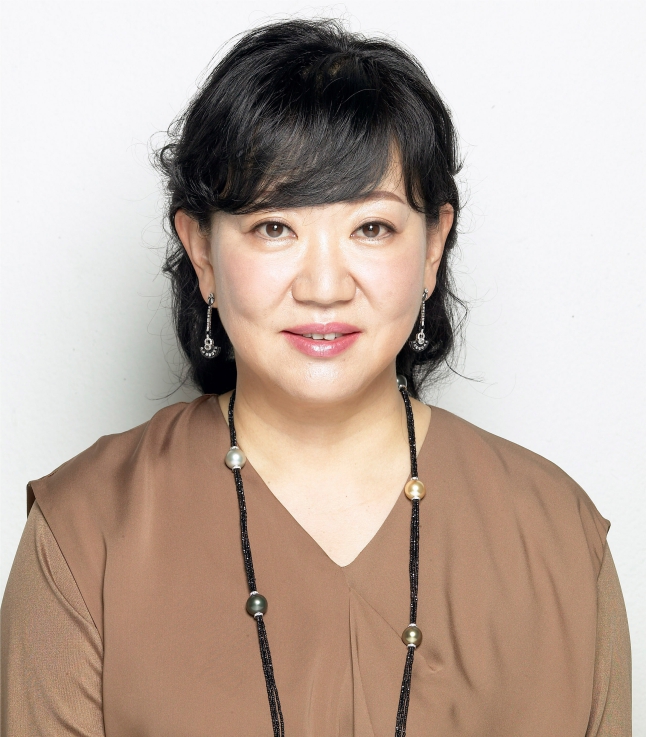 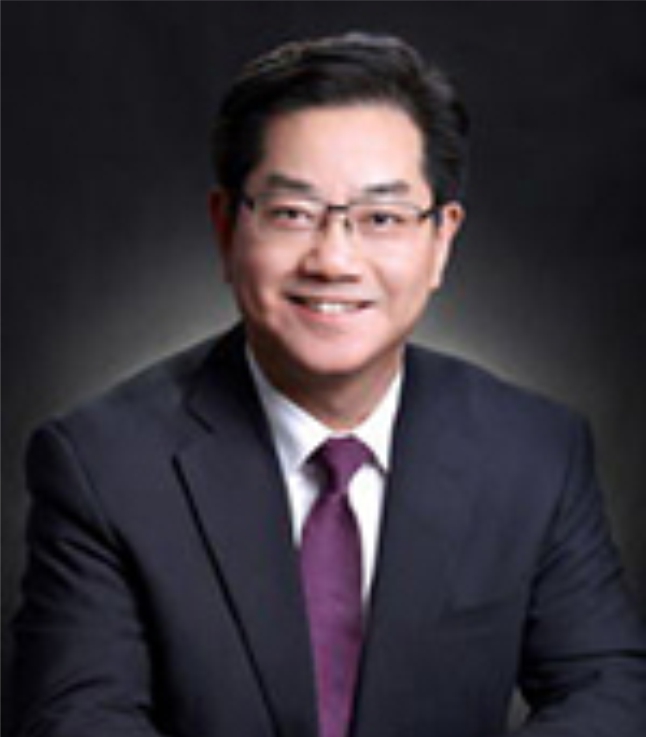 As academic staff of the National University of Singapore and Nanyang Technological University, he has innovated new teaching methods and assessment tools. He is national Ophthalmology Residency Advisory Committee member; and College of Clinician Educators, Academy of Medicine Singapore, council member.

He has more than 50 peer-reviewed publications and 4 book chapters. He is the Editor, Orbit & Oculoplastics Section, Asia Pacific Journal of Ophthalmology. His sub-specialty interests include lacrimal, eyelid and aesthetic peri-ocular surgeries. 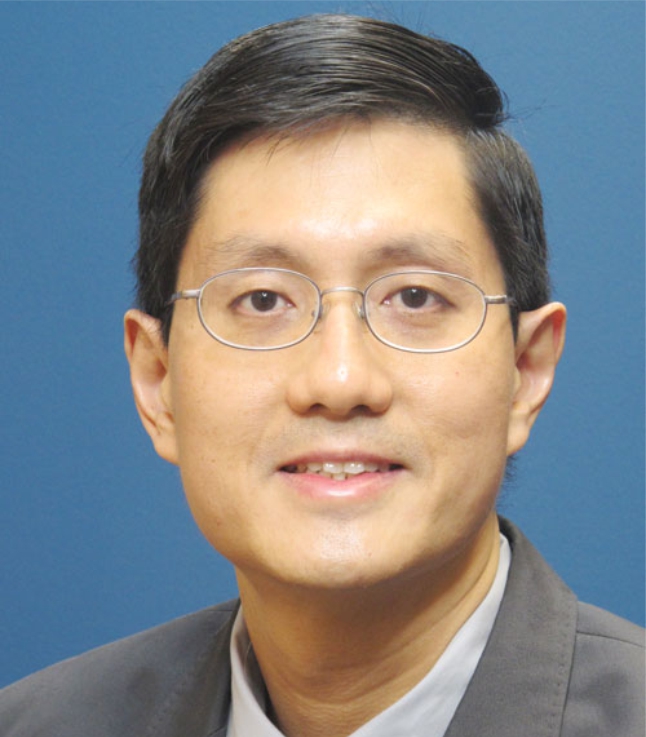 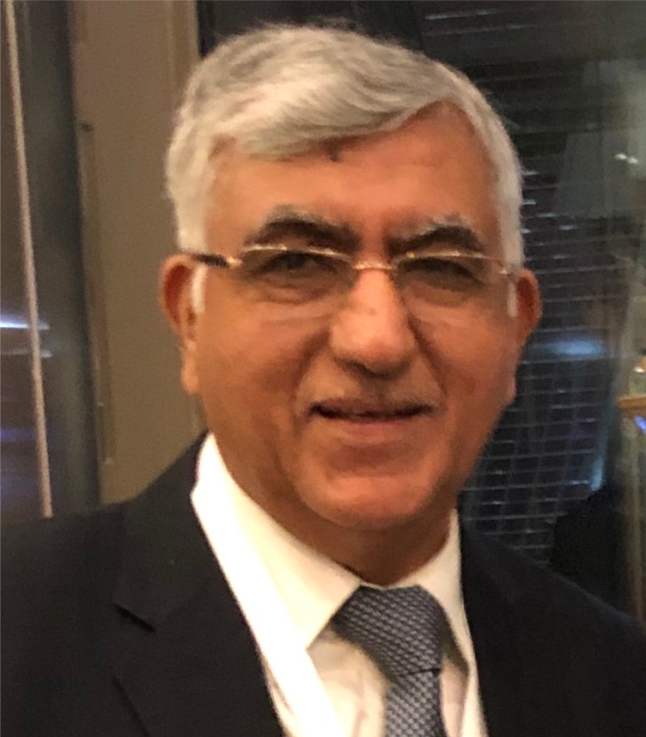 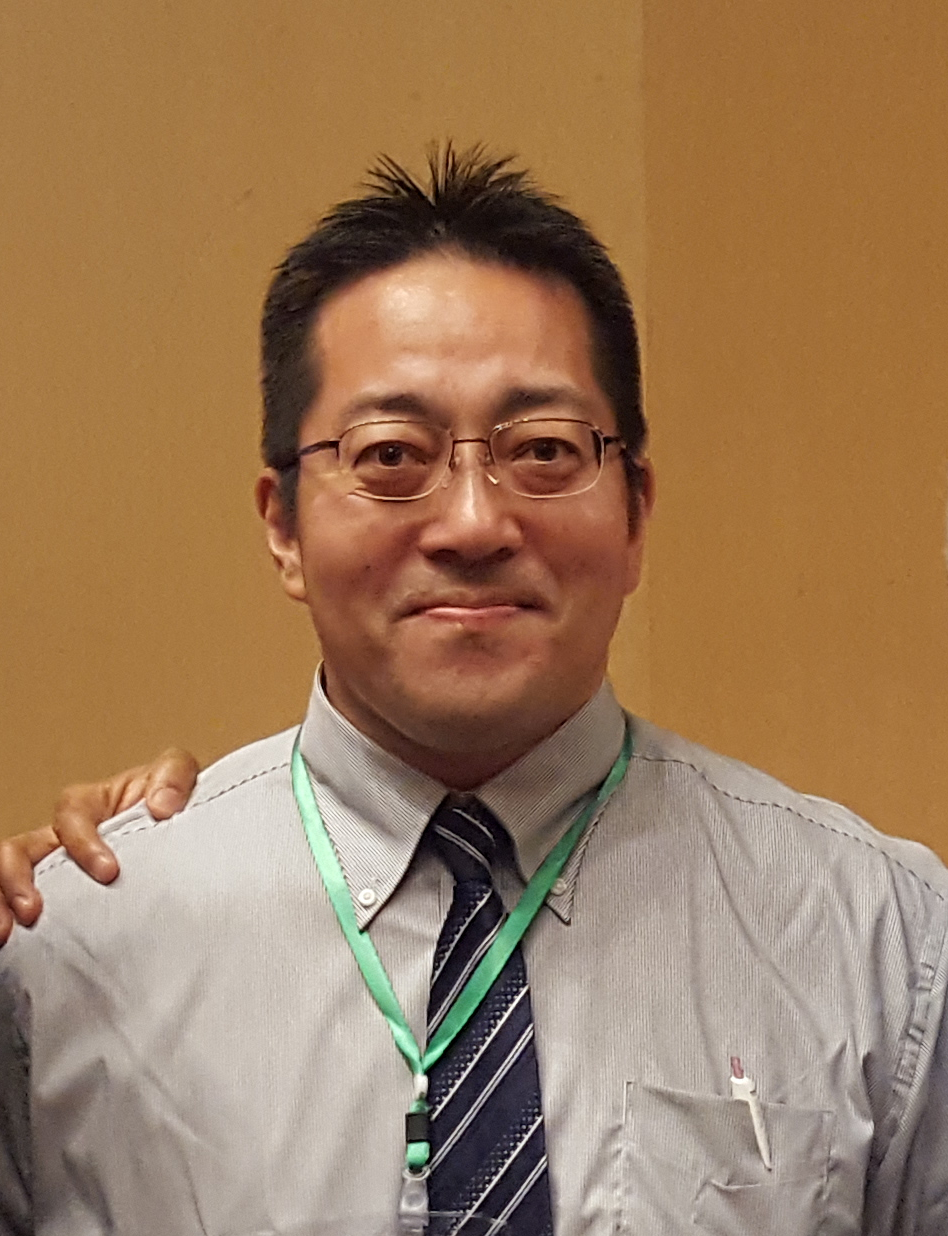 Dr. Yuen graduated from CUHK in 1995. He completed his ophthalmology training at HKEH in 2003 and then received his fellowship training in Johns Hopkins University. He takes an active role in training, teaching and professional development. He has more than 70 peer reviewed international publications and many book chapters. Dr. Yuen has been invited as keynote speakers and scientific committee members in numerous international meetings and has delivered numerous presentations in these meetings as well.

His awards include Best Oral Presentation in 2001 Annual Scientific Meeting Hong Kong, Best Oral presentation of the session in 4th International Symposium of Ophthalmology, One of the best of the posters at American Academy of Ophthalmology 2005 Annual Meeting. He is also the co-authors of three other best poster awards (Best poster 1st prize at the 23rd European Society of Oculoplastic and Reconstructive Surgery, Best poster at the 2005 Annual Scientific Meeting Hong Kong, Best poster at 16th Annual meeting of Oculoplasty Association of India).

Dr. Yuen was elected as one of the Ten Young Outstanding Person in Hong Kong in 2007. He was also awarded with the APAO Yasuo Tano Travel Grant in 2010, APAO Distinguished Service Award and APAO Achievement Award in 2012, APAO Outstanding Service in Prevention of Blindness Award. With the outstanding involvement and achievements in numerous NGOs and charity activities, Dr. Yuen was awarded with the Hong Kong Volunteer Award in 2011. 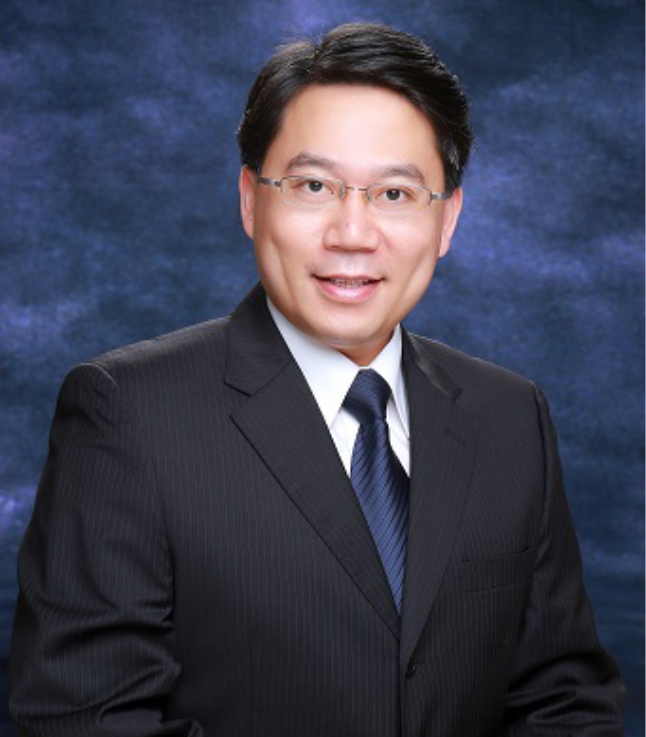